Google Apps for Work is the business focused version of the popular and free to consumers, Google Apps products shown below:

All of these products can be used for free by just creating a Gmail account, however the free version lacks all of the EnterpriseReady features.

Unlike many other SaaS applications, there is no upgrade path from the free version to a paid account. In order to use Google Apps for Work a company administrator must register an organization and either buy or prove ownership of a domain name they’d like to use with the service.

The features that define the two paid Google Apps packages include shining examples of many EnterpriseReady features. To start, without a paid account there is no way to create a team or organization (the “Free Edition” was sunset in 2012). Both packages maintain detailed audit trails, provide advanced reporting data, offer fine-grained role based access control, sync users with separate LDAP directories, offer 24/7 phone and email support and have deep integrations with countless applications. 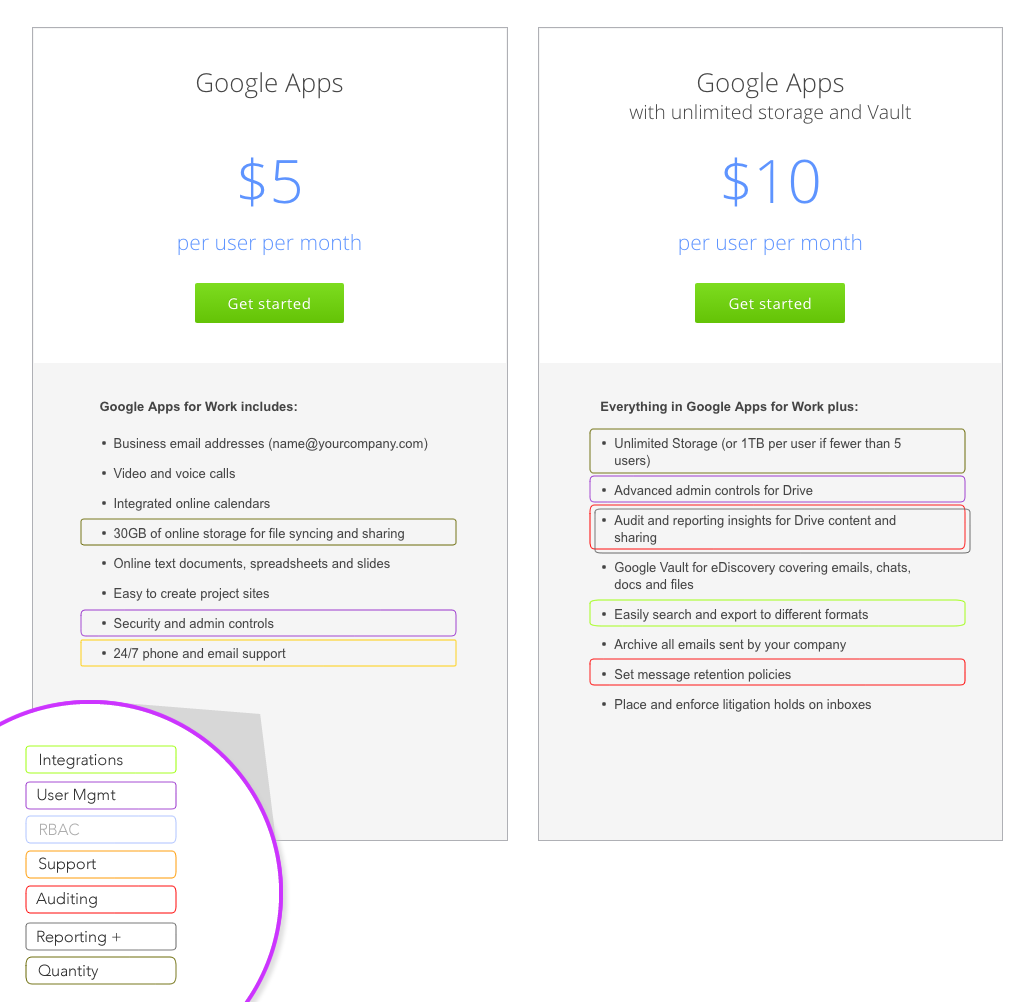 The top tier “Google Apps Unlimited” is primarily defined by the increased storage capacity (a standard quantity differentiation) and the inclusion of Google Vault, a compliance and eDiscovery feature. However, there are several features in the Unlimited version that give administrators additional controls.

The additional differentiating features are outlined in a bit more detail in this comparison chart. 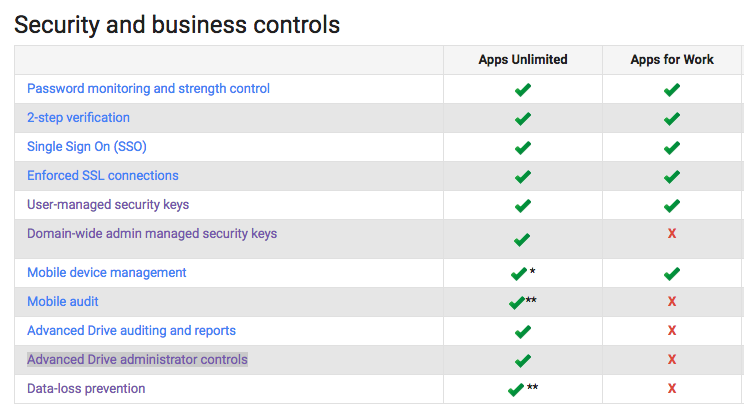 As shown in the chart above, they’re offering additional auditing functionality for both Mobile and Drive that is not included in the standard package. Data-loss prevention is a feature that works primarily to scan the content of emails for sensitive data (ie credit card and social security numbers).

The “Advanced Drive administrator controls” are shown below: 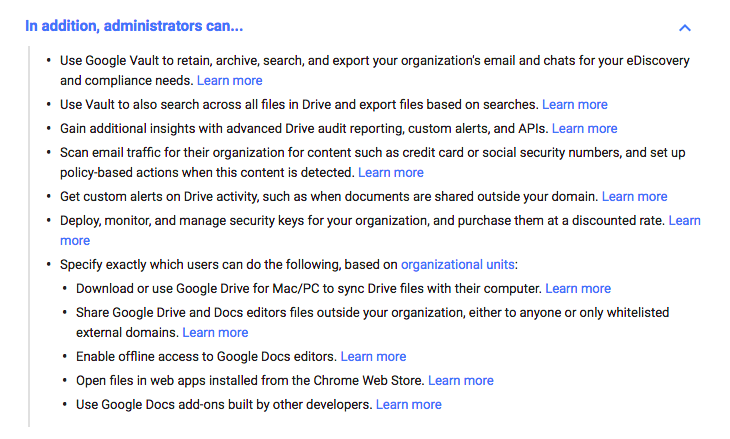 This is a rehash of much of functionality described in their earlier points, but it does include a final point about Role Based Access Control for specifying new configurable user permissions based on organizational units.

Is a feature of your app EnterpriseReady?

We'd love to work with you to breakdown your implementation and share it with the EnterpriseReady community.